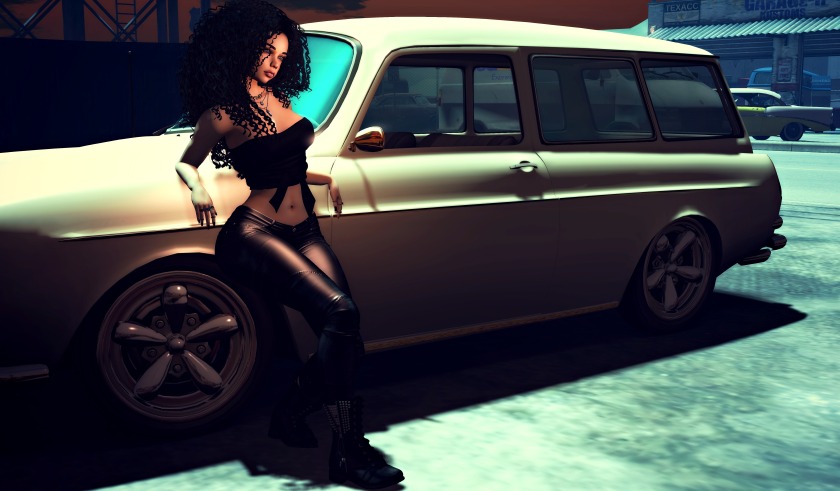 “I’m just letting you know I’m emotionally unavailable
I’d love to reciprocate your love but I’m incapable
I know that you don’t get it, but I’m just so unstable
And all I could think about is how you’d be unfaithful
You think that I am crazy
But that, that does not phase me
And no, you cannot change me
Just know you cannot save me”
~ Olivia O’Brien – Trust Issues

I really want to elaborate on how deeply the quoted lyrics above hit home. There has only been ONE man in my entire life that has not betrayed me and that was my maternal Grandfather. I honestly do not believe he ever would have either. Granted, I was only 7yrs old the last time I saw him before he died, but the way my mother talks about him…well, I have to believe he never would have betrayed me. He was amazing the had the bluest eyes I have ever seen. Every other man in my life has hurt me by making me feel less than worthy. Every man I’ve dated has cheated either with me or on me. Yes, I said with me. You see, I learned my lesson about the betrayal early on. So, in my early 20s, I wouldn’t date a man that didn’t have a woman at home. Why? Because at that time, I would have rather been the woman he cheats with than the woman he cheats on. I was treated exceptionally well by those men and had no restrictions. They couldn’t very well insist on monogamy from me when they were going home to fuck someone else, now could they?
I’m not saying there aren’t some good, honest men out there. All I can say is that they’ve not been men I dealt with for very long. Perhaps its the type of men I’m attracted to. I can accept that. Regardless of why, it comes down to this one thing. I am incapable of trusting a man romantically. I tried to last year, but like all the rest….that led to betrayal and the shattered remains of a heart that wasn’t even healed from the last betrayal. The promises people make when they think they’re in love….hmmmm, I don’t know, I suppose the old addage, “Promises were made to be broken,” has proven to be true….at least in my life. So, trust issues? Nah, more like a full blown subscription to NTA….never trust anyone.

So, a lot of clubs in SL, especially adult ones, have Topless Tuesdays, but I’ve found no other club that makes it as fun as FMD. Naturally, you all know I hang out there quite a bit and that I’m a kinky bitch. Thus, it cannot surprise you that I look forward to Tuesdays. However, as I do have other responsibilities, it is sometimes difficult or just a pain in the arse to change tops every time I need to run elsewhere on a Tuesday. Lo and behold, I have found the most delicious solution. Thanks to Vanilla Bae, we now have a selection of interactive clothing that allows us to go from topless, back to modest with the click of a button. To make it even better, you can set it to private or public, or even assign users. How freaking cool is that? Its not just for tops either, this outfit I’m wearing will slide the panties over, too. Talk about convenience!!
So, if you’re a member at FMD, grab you some Vanilla Bae and c’mon over! If you’re not, I really think you should be. It’s an awesome club, plus I hang out there….duh, so you know its gotta be awesome! Oh and did I mention that Vanilla Bae is one of the sponsors at FMD? So, come to one of our parties on a Saturday night, make sure you dress in theme, you might just win!

pose by Del May

I was talking to a dear friend last night about a video where humans were cuddling and kissing wild animals, like alligators, bears, and big cats. We talked about how crazy they were, but then I said, “Ya know, I think I have about as much trust in wild animals as I do in humans these days.” Of course, in the wake of what’s happened in Manchester, its certainly disheartening to think, that we as humans would create such misery for one another.  Not just on the grand scale of terrorism either, but it got me to thinking about this documentary series I’ve been watching on Netflix about this priest that molested hundreds of children that trusted him and turned to him for help. Which led me to think about all the horrible things that humans do to other humans. At least when I’m face to face with a wild animal, I know there’s a risk of him eating my face or ripping my limbs from my body. Then there are the humans that we love and/or trust…parents, family members, friends, lovers, authorities…we put our faith in them and open our hearts. When they betray us that broken trust is devastating.
We used to tell our children to trust police officers and clergy members, but I can’t help but wonder how many people would tell their children that now? I know I certainly wouldn’t. I’m not even sure I could suggest that they trust anyone but me. Luckily I do not have children, for I’m sure I’d pass my jaded mistrust on to them and it would only make life more difficult.  I don’t recommend that people go about not trusting anyone and I do try very hard to remain positive. After-all, in the aftermath of the Manchester bombing, there were a lot of people that offered help to those affected…whether they were emergency workers, injured, or simply unable to get home. Again, its those people that remind me that while all monsters may be human, so are the truest angels.

So, Josh and I did a little thing with this pose. We both took a picture and mine is the main one of course, but the second one is by Josh Brian. I am so lucky to have found someone that shares my passion for photography. Not only does he support my endless hours of blogging, but he shoots pictures right along with me. Often times to my dismay, because as I’ve told Josh…I tend to create a scene with a particular view in my head. Then he comes along and shows the whole world how I’m not really even on the chair at all. *laughs* #busted!
So, here’s a little taste of our world together…his and her views. ♥

I want to tell you a little bit about this pose, too, because the very talented (and equally crazy), Tracy Redangel happens to be one of my best friends.  And because she is such a close friend, I know how long and hard she worked on this pose set. Not only did she work on it for weeks (weeks? yes, because..well…SQUIRREL)…she provided three sets in the pack in an effort to cover all the bases. You see…there’s a huge height difference between Josh and I. He’s offered to go shorter for me, but I rather like him the way he is…plus…have you seen him? Talk about a fun tree to climb..*giggles*…anyway, Tracy’s pose store, Gingerfish Poses, is THE pose store to watch. She has years of pose making experience and well…she’s freaking awesome.

It’s no big secret that I’m an advocate for the legalization of marijuana and I’m not going to use my blog as a political soapbox. I think most people would agree that weed is a pretty chill drug and that if you smoke it…you’ll be chill, too. With that said, I’ll simply agree with the wise words of the late and great Tupac. More than ever, I’d like to buy the world a blunt (instead of a Coke) and we’d smoke weed.

So. lets talk about the amazing stuff in this photo…no, not the girl, silly…that’s just me!
The other awesome stuff! The groovy camper is one I grabbed during the last Arcade and I thought it fit in perfectly with the Weed Shop gacha set from 7mad;Ravens at The Gacha Garden. Yes, I went there again…don’t judge me, I’m not ready for Gachas Anonymous just yet…although…no, nevermind that…LOOK! Lets just set up shop and get high!
Yeah, so its no secret I love the herb so when I saw this set you know I was elated and there was no way I was going to let this go unblogged. So, for all my smokers and tokers out there…now you know where to go to get the goodies! Yeah, I might be blazed…I’ll leave the information below and you all can go on over and explore the garden, because where else would you find the most perfect marijuana plants, but in a garden?

Yeah, ok, I’m going to shut up and smoke up now.

I am determined to be cheerful and happy in whatever situation I may find myself. For I have learned that the greater part of our misery or unhappiness is determined not by our circumstance but by our disposition. Martha Washington

It’s not always easy to remain positive in the face of adversity, but I believe there’s a choice and we simply have to find the strength to make a conscious decision to change our outlook on what’s going on around us. You can find the silver lining just as easily as you can find the shadow, but in order to find that silver lining you’ve got to lift your head and look up to the sky rather than look to the ground.

Here’s to having a sunny disposition…even if you’re looking at the floor. *winks* 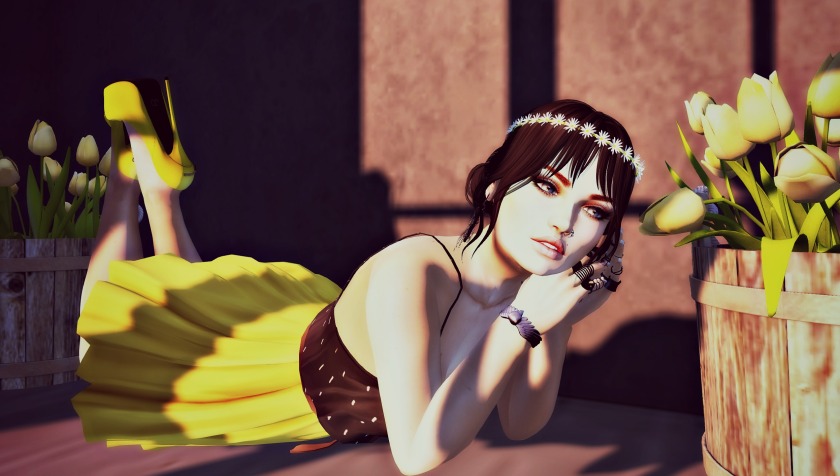