The moment I saw this sweater, I had to message Annie, “I’m just going to pretend this sweater is named after me!” Annie quickly assured me that it was indeed named after me. I’m honored to have such a beautiful piece named after me. I love how the lines kinda shift around the boobs, like its stretching. It is perfect….the shading, the wrinkles….how the sleeves come down over the wrists as if I’ve been pulling at them and no pokes on the shoulders from being on a hanger in my closet instead of folded on a shelf. *laughs* Seriously, this is one of the most realistic sweaters I’ve seen in SL, like this sweater has been worn….I pushed up the sleeves to do dishes, then I tugged them down over my hands when I took the dog out. For me, this sweater tells a story,
To top off the sweater, Katya named a pose set after me! It’s a perfect set of poses for blogging, too. So, I’ll be using them all eventually. For now, I’m just using one of them to pose pretty in front of this scene composed mostly from two of THOR’s lastest gacha sets.
I’m not going to pretend that I’m not excited over having such awesome creations named after me. It’s an honor anytime a designer names something after you and I am genuinely chuffed. (Can’t tell I have British friends, can you?)

pose: an lar [poses] The Sady Series @ The Liaison Collaborative

[Commoner] Pallet Wall Art / “Perfect for One Another” LI:1

Once upon a perfect night, unclouded and still, there came the face of a pale and beautiful lady. The tresses of her hair reached out to make the constellations, and the dewy vapours of her gown fell soft upon the land. You left so many that I can’t breathe
I feel heavy, I feel empty
But everything
Will be alright

pose by An Lar

Welp, its official. I’ve finally lost my damn mind. What was left of it anyway. Any regular readers know that I’m a freak, but I’ve really done it this time. I’ve put myself up for auction…okay, let me clarify. It’s a date auction. One date. No more, no less is guaranteed, but the winner will get a minimum of one hour of my undivided attention. I don’t know what I was thinking. It seemed like a good idea at the time. Don’t ask me why.
Okay, I sorta know why. You see, FMD has opened up a dating agency called Afterglow and to kick it off, they’re doing a date auction. There it was, a sign and a basket full of paper. Naturally, my twisted little mind dove right in.
The bidding started with a huge party last night (the 24th) and the auction will end Sunday, March 31st. There are some pretty damned amazing people to bid on. You do have to be a member of FMD to bid and you have to be a member of FMD to partake in the dating agency. However, I will say that at least it’ll hopefully connect like minded people. For more information, you can visit FMD yourself. I don’t work there or represent the club in any professional manner.

pose by an lar [poses]

“A library is never — for lovers of the written word — simply a place for conserving or storing books but rather a sort of living creature with a personality and even moods which we should understand and learn to live with.” – Francisco Márquez Villanueva

As long as I can remember, I’ve loved books. Yes, I love to read, but its more than that. I love possessing books. I love the smell of them and the feel of them in my hands, the pages between my fingers. I love the energy and smells of bookstores and libraries alike and each has their own individual scent. Books are like magical portals to another world and when a story really pulls you in…that collection of paper and words truly transports me so far away that it is one of the greatest escapes in the world.
I love this quote, because its just so damn true. Whether a small collection of books or an entire room or building, the titles and authors on display truly come together to create a personality of its own, not to mention a reflection of the keeper of said books. 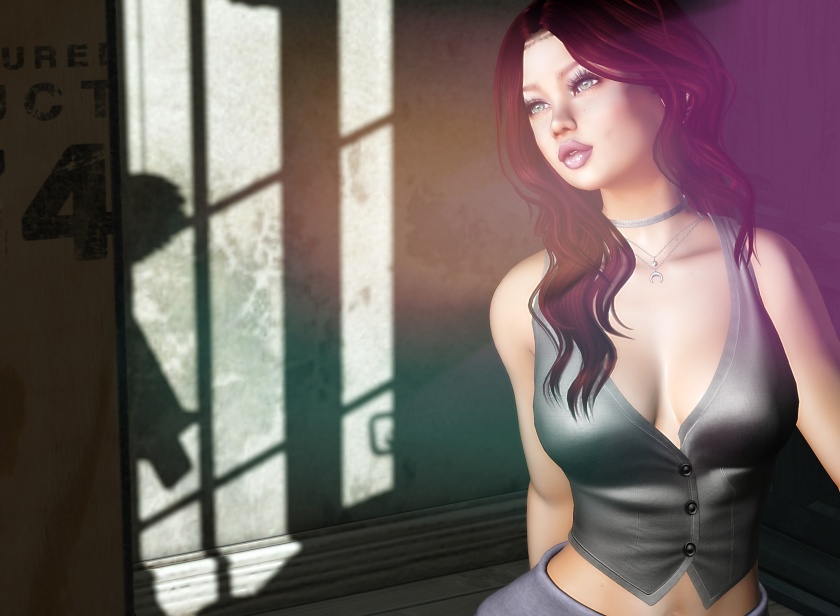 “I’m putting you out of your misery
‘Cause darling you’re dragging me down
I wish I could say that I’m sorry
But I’m over that, now I’m taking you out
It’s a cruel, cruel world

I used to see beauty in people
But now I see muscle and bones
You know I never wanted to hurt you
But I’m sorry, my friend, this is the end

Erase you from my mind
I’m sorry, but I
I’m cutting all the ties

Okay, so this photo is not scary, but I just happened to be thinking about how at Christmas time we often talk of our favorite things. Since its Halloween Season, (yes, it is a damn season!) that I would talk about a few of the scariest things. They’re scary to me at least. Now, if you are easily offended, please stop reading right now, because this long ass post is my list. It is not aimed at YOU personally, it is just my feelings about things I don’t like and dread the very idea of having to suffer through.
First off, weddings, I hate them. They bore me to tears and fear things make me more uncomfortable than receiving an invitation to watch two people essentially show off how much money they’ve wasted to show off that their boring ceremony. I’d like to say I’m sorry, but I can’t, cuz I’m not. That’s how I feel and I’m not going to apologize for it. No offense, if you love weddings, but I don’t.
Family reunions are another one, at least with my family. I don’t care for most of the people in my family and if I wanted to talk to them or spend time around them, I would. I don’t talk to them for a reason. The idea of being forced to endure them for an entire day, much less a weekend makes me wanna puke and I hate puking!
Children, babies actually, scare the crap out of me. They are so tiny and fragile…and that god awful crying. Ugh. I’d rather face a bear. I know, I’m not supposed to feel that way as a woman, but I do. However, I will say that I love kids that are between 2-5…they are hilarious and brutally honest. So, the fact that I love them during their terrible twos and terrorist threes, should balance out how I feel about babies.
Showers! Not the bathing kind, but the baby showers and wedding showers are the worst. First of all, I never had kids and its damn sure too late for that now. So, they’ve always been a source of sorrow and resentment for me. Shopping for baby showers is impossible and wedding showers? No. Just no. Let’s have a bachelorette party….sure, but a shower? C’mon! Just stop already….you want gifts and a party before you get married and then again at the reception? Gimme a damn break!
Church, yes, I said it. Do remember that I’m an atheist and the idea of sitting on some hard ass bench for over an hour listening to some boring ass person go on and on about something I don’t even believe in…and don’t get me started on the people that catch the spirit/holy ghost…whatever…and speaking in tongues? *growls* PUHLEASE!
Clowns. That’s a story for another time. Its very personal and I assure you its not a phobia. It’s a trigger and I am not discussing in this post. Let’s just say they will always freak me out to some degree.
I also don’t like things that fly, though I wish I could. Birds and bugs…nope. Gotta go!
Kess Crystal, when this woman gets mad…she is HARSH AF! So, do yourself a favor and stay on her good side. Not to mention if you piss her off, you’ll be dealing with the wrath of the Cunt Cult, as well. So, be nice to this woman, because not only does she deserve the best life has to offer…she will slice and dice you with her words in ways you never dreamed possible.
RubyStarlight Writer, because she’s too much like me and I worry constantly that one day we’re going to butt heads so badly that the entire world might explode. She’s another one that you don’t want to piss off, cuz this woman is smart af and will make you feel like the dumbest mf’r to ever walk the earth.
Now, I’m mostly kidding about my friends, Kess and Ruby. I’m mostly suggesting that YOU should be afraid of them. I love them and all my friends to pieces…*hides her knife*

“Nobody ever did, or ever will, escape the consequences of his choices.”
~  Alfred A. Montapert

Especially Grace, cuz her consequences are probably going to be a massive hangover and a freshly dug grave in the back yard. *smirks*

No matter how old I get, I still occasionally have the same nightmare that started when I was about 12yrs old. I would dream that I was somehow stuck at school without my clothes on. I remember being so mortified by this dream, that I kept an oversized tee shirt and shorts tucked away in my locker. I managed to get out of gym class all but two years and even then, I had back up clothes in my main locker, just in case something happened to my outfit while I was dressed for gym. It’s been a while now since I’ve had this dream…perhaps my brain has finally realized that “school’s out forever!”
Anyway, if you do any type of school RP, or just love to dress up like a school girl…*grins*…you’ve got to the play the Reign Gacha at Arcade. It is filled with the absolute coolest stuff. 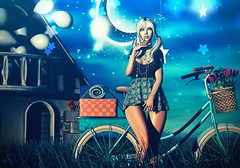 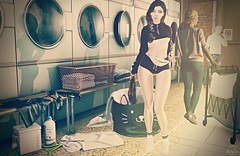 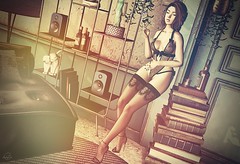