I see a lot of quotes and memes on Facebook about loyalty. If you’re on any form of social media, I’m sure you’ve seen them, too. Now, before I go any further, I’m not one of those contrary types that argues with memes and quotes, especially on the posts themselves. Mainly, because I don’t care that much about such things, but also because its super annoying when people argue with memes. With that said, I am going to point out one major flaw with the theme of all these blind loyalty, unconditional love, ride till you die kinda quotes and memes.
Here’s what got me started, I came across a quote/meme that read: Nothing is more attractive than loyalty. Well, I feel a bit like Dwight Schrute from The Office (U.S. version) when I say, “WRONG!” I mean loyalty is nice, don’t get me wrong, but to say nothing is more attractive? That’s not something I’m going to know about someone for a while. I can see how loyal someone is to someone else, but I can’t know that they will show me that same loyalty. Nor can I know who is deserving of such. Loyalty is really one of those things that come on a case to case basis. Let’s be honest, none of us are 100% loyal to everyone. Loyalty is something we earn from one another. I will be loyal to a friend until they are no longer deserving, but I’m not going to be loyal to someone that proves themselves to be toxic or dangerous or reckless. I mean, Hitler has some very loyal men under his regime, does that make them attractive? Not to me! So, no, I’m sorry, there are a lot of things more attractive than loyalty….like self respect, boundaries, a nice ass, a beautiful smile, a sense of humor…just to name a few. 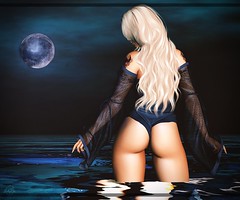