Posted on October 14, 2019 by Sadystika Sabretooth

So, this picture is super personal and it marks a huge triumph in my life. I’ve spent over half my life absolutely terrified of clowns. No, I don’t have coulrophobia. I was raped by a man in a clown suit. Ever since that night, clowns have been a huge trigger. Clowns just aren’t something you see every day. So, on the rare occasion that one would pop up, it would send me spiraling into a mental tailspin. The funny thing is that it was Hollywood that helped me face this fear and get to the point where I could do this photo.
First there was Zombieland. The main character kills a zombie clown and for some reason, I was able to pull that character into my nightmares about clowns. Over time, he has appeared in a number of ways, helping me destroy clowns in my dreams. I’m also a huge fan of the American Horror Story franchise and upon learning they would do the season, Freakshow, I knew I was going to need to get over being afraid of clowns in order to watch that season. Thus began my own immersion therapy. I forced myself to look at clowns every day for months. The nightmares were horrible, but I was sick of this monster having so much power over me.
By the time, Freakshow aired, I was ready. I did have a few nightmares, but for the most part I did really well. Then came the remake of IT. *sighs* I knew my husband wanted to see it at the theater and I had only seen the original once (against my will, I might add) many many years ago. Pennywise has always been the most scary of all the clowns to me. However, when I found out who was playing Pennywise, I started to relax. I had been a huge fan of his role in Hemlock Grove. To prepare for this movie, I wached lots of videos of him preparing for the role and behind the scenes footage. When the day came to see the movie at the theater, I was ready. I did have nightmares, but not rapey ones.
Now, I sit here today, fully able to dress myself up as a female clown. Not only was I able to dress up like this, but I was able to spend a lot of time working on the photo. Now I’m looking at it and it is quite possibly my new favorite. I have reclaimed my power.

← Women and cats
Hazardous is Back! → 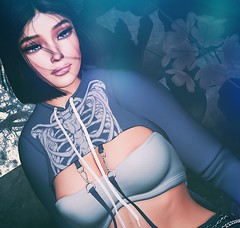 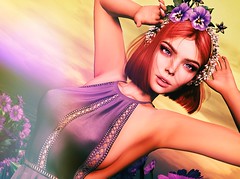 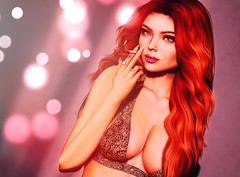 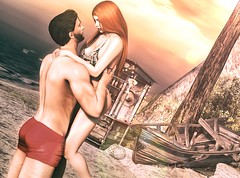