Alright, so this has absolutely nothing to do with the picture. Its just one of those weird things that crossed my mind earlier. I was thinking about how they made soap in Fight Club. Ya know, using the fat that had been sucked out of fat people at the liposuction clinics? I suppose you could say my mind wandered a bit far and went into some pretty dark territories, because I thought about how humans might one day be farmed for the use of their body fat. It certainly would give a whole new meaning to fat farms.
I mean, the U.S.A. is well known for its overweight population. We are a very spoiled, young nation. Our government has made no qualms about showing how little they actually care about the 99% of us that are not filthy rich. Regardless of who is in the White House, the poor in this country are treated quite badly. So, its not so far removed to think that our civilization could turn on some apocalyptic dime…turn so far in desperate times that the poor are no longer useful as consumers or workers, but simply for our bodies. The obese farmed for their fat, while those more fit might be used for something equally sinister. I have imagined all sorts of scenarios. Amusement for the rich, like they do in the Purge movies. Sex trafficking…well, that’s as old as time. Perhaps they’ll develop leather from our skin and jewelry from our bones. Its not impossible to imagine as ancient civilizations have done just that. Well, let’s hope that none of that happens outside the imaginations of writers and actors. 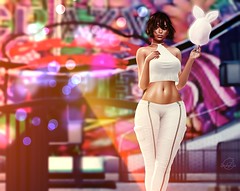 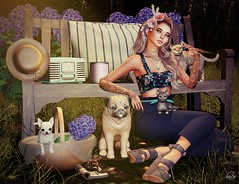