Quite some time ago, I saw a Cher interview in which she said that he mother gave her some advice that she now calls the five year rule, “If its not going to matter in five years, then its doesn’t matter.”

Clearly, this is easier done than said, but when you really think about it, its good sensible advice. I’ve applied this as often as I can and it certainly helps with the little stuff. Oddly enough all that little stuff adds up and once you let go of the anger over all that little stuff, its like a giant weight off your shoulders. Like you got rid of a huge problem, but really you just let go of the little ones. It really can make a big difference in your daily life. So, the next time you find yourself getting upset over something, ask yourself if it will matter in five years. 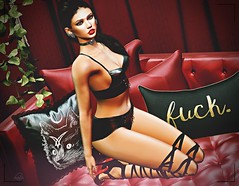