So, there’s been a lot of hurt feelings on Facebook this week, because of a newish thing called Sarahah. It was designed for businesses so that employees could leave constructive feedback for each other, but it quickly found its way to Facebook and the SL community latched on. We were off and running. Many people refused to take part, knowing full well they would not take it well if insulted or while others publicly voiced their disdain for the site suggesting that if one could not say it without hiding behind anonymity they had no business saying it at all. Meanwhile, many were like me and saw it as something fun to do and jumped right off the bridge into the Sarahah internet river.
From there it either went uphill or downhill. For many it went downhill very quickly. Designers got attacked rather viciously. Yes, many of them received a lot of praise as well, but actual constructive criticism seemed to be absent. Many others reported being attacked and bullied. While some of these people took it in stride, others were quite hurt by the cruel words they found from anonymous contributors. A few even became aware of several secret admirers. While others found disturbing messages about people wanting to wear their skin or keep their eyeballs in jars. *giggles* I can’t begin to imagine who would have left such disturbing messages. *giggles again* I think almost everyone received some positive and loving messages, regardless of whatever else they found.
I personally received a total of 34 messages, most of which were very loving, kind, and positive. I was quite surprised and honestly, I little disappointed. I had prepared myself for some serious insults. I thought surely someone would be hateful, but I was quite fortunate. I think the closest I came to an insult was a rather astute observation from someone claiming not to know me very well. I had to laugh, because they were pretty accurate with what they said although they used an outdated terminology for their diagnosis of my mental health. *laughs* I had a few somewhat flirtation comments and a few that made no sense. I got no weird or insulting comments. Mostly, it was love and I was overwhelmed.
I was quite surprised by the reactions of a few that received negative comments. Some basically threw tantrums all over Facebook. Others quickly realized they did not possess the thick skin necessary to handle cowardly insults and shut down their Sarahah links. While others kept up their pages and found a new topic to bitch about on social media.
I am saddened that so many used it to bully and abuse others, but so goes the way of the internet. I think it’s important for everyone to remember that no matter what hateful or negative comments you received, there are far more people that love you. You are beautiful and wonderful in your own way. You are all amazing creatures. Whether you participated or not, please know that you are loved…not just by me, but many others. It is my hope that this weekend we will all remind the ones we love that they are special to us. As you proceed through your weekend and eventually into next week, show some love…not just to others, but to yourselves as well. ♥

2 thoughts on “Show Some Love” 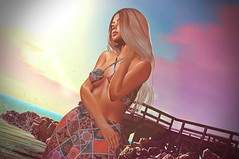 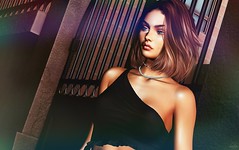 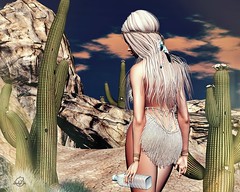 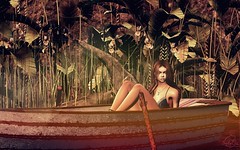