While I no longer have a close relationship with my father, I was crazy about him when I was a little girl. One of the things that fascinated me was his love for motorcycles. Not street bikes like I’ve been showing you, but dirt bikes. I remember one time he had seven motorcycles, four of them were OSSA and three were Kawasaki. I remember wondering why had more bikes than friends. He would spend hours tinkering with them and weekends were for riding. He did motocross for a long time, then moved on to Enduro racing. At last count, he had over 150 trophies. Not all first place, but back then nobody got participation trophies so at best he was in third place. To this day I love the sound and smell of motorcycle engines.

When I was in the sixth grade, he surprised me with a bike, boots, helmet, and jacket of my own. He took me out to teach me how to ride and I took off across the tarmack of the abandoned airport where he rode. My mother was along that day and completely freaked out. She insisted that I get off the bike and wait another year. She knew how to ride, so she joined my father on his ride that day while I sat twiddling my thumbs, pouting in the van. While riding she attemtped to jump a small ravine (more like a crack in the earth) and lodged her front tire IN the ravine, which sent her flying over the handlebars and off the emergency room we went. Her failed stunt landed her with three broken ribs and a declaration that her babygirl would never ride a motorcycle! So, much worse happened over the next year that the desire to ride was pushed so far out of my mind that I didn’t think about it again until my father and I were no longer on speaking terms. Now, it’s just another thing I can now do in Second Life that I can’t do in Real Life.
I would love to hear about some of the things you enjoy in SL that you can’t or can no longer do in RL. Toss me a comment here or on Facebook. ♥ 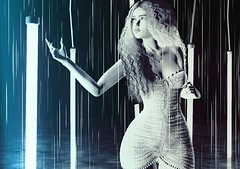 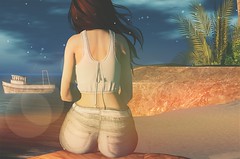 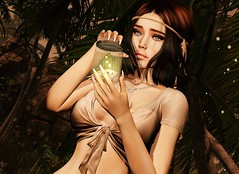 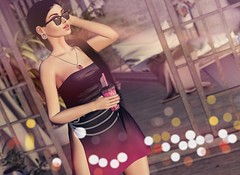 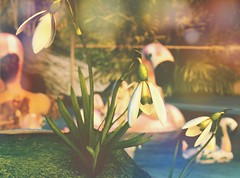 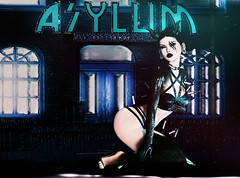