“Mr Skytower, would you like a reading while you wait?”

He opened his eyes to see Sady standing beside a table in yet another change of clothes, only this time she seemed different. Less playful than before, definitely more serious. He wondered what he was waiting for exactly and had he fallen asleep? He’d only meant to rest his eyes.

“You’re quite strange. You have been asleep for over an hour and you’re waiting for your friend to retrieve you. How have you forgotten a call you made only an hour ago?” She tilted her head and looked at him as though he were the odd one in the conversation.

I’m strange? He looks around at the bottles of potions and ingrediants, candles, oija boards, tarot cards, and crystal balls. He chuckles to himself and stands up.

“Yes, you ARE strange, quite strange. Now would you like a reading? Perhaps I can tell you something useful about your future. Please, have a seat, ” she motioned to the table once more.
He shrugged, “Why not, Sady? Its obvious you can read my mind, so don’t bother telling me about my past.” He amused himself as he sat down in the chair, he crossed his arms and slumped back. He had never believed in any of this nonsense in the past and he wasn’t about to start now.

Sady pulled a medium sized crystal ball from a cabinet and sat opposite of him. Reaching across the table, she place her palm on his arm for a brief moment. He felt a slight electrical charge when she did and he pulled away. She gave him a discerning look then ran her hand over the crystal ball.

Her eyes grew wide as she peered into the glass. She looked up and opened her mouth to speak….a very loud horn began to blare into his ears. Closing his eyes tight, he covered his ears with his hands, “MAKE IT STOP!! MAKE IT STOP!!” His head was pounding and he felt an intense pressure against his chest. Realizing he was leaning forward, he sat up straight and the noise stopped.

He slowly took his hands from his ears and heard nothing but wind in the trees and crickets. He slowly opened his eyes, but everything was so dark. He rubbed his eyes. What the hell? Where am I? He looked around and realized he was sitting in his car. How the…? What the…? As his eyes adjusted to the darkness, it dawned on him that he had fallen asleep at the wheel. Thank God, I didn’t hit a tree! He chuckled nervously at himself, “That was quite a dream!” 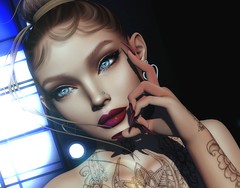 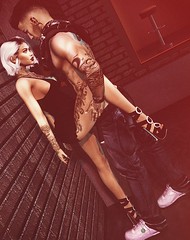