In the real world, I live in the Southern U.S. region and there are some pretty common phrases around these parts that have various meanings depending on the context in which they’re used. One of those is “Y’all need Jesus” or “You need Jesus.” I refer to the state of Alabama (where I actually live, don’t judge me) as the buckle of the bible belt. So, you can just imagine how often this particular phrase is used. It always amuses me a bit, because I am not religious at all, nor am I a Christian. While I do believe I have a spiritual connection and don’t dispute that there are definite powers greater than me, there’s not a particular religion to which I subscribe.

When I say it, and I think this is true for most people that say it, I’m telling someone they need help. I’m never serious when I say this, because I’m the person that suffers from such bizarre insomnia that I actually dream about not being able to sleep. People ask me all the time, “Do you ever sleep?” I promise I do, its just here and there. Sometimes, I can’t sleep more than an hour or two a day. Other times, I can’t stay awake for more than an hour or two. The latter usually happens when my body is beyond tired and the only way I can shut off this insane brain of mine  is by popping a Xanax. Once that kicks in, I’m useless until it wears off. Given my snail’s pace metabolism, that can mean a day or two at least.
With that said, my friends (especially my SL friends) find it particularly funny when I use this phrase. They also thought that I needed both this shirt and this hair…so here I am proudly claiming my Southern roots and all the silly phrases that go with it.

pose by double take
backdrop by industy7: _i7_urban studio_post apocalyptic set RARE (*new* @ The Epiphany) and if you look through that window, you’ll see some of the Concrete Jungle gacha set by unKindness…also @ The Epiphany 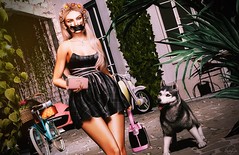 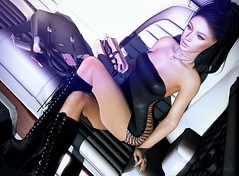 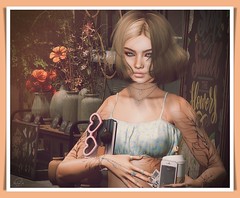 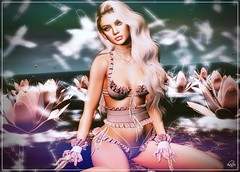 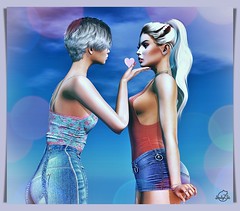 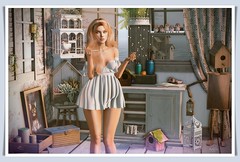