I have no fancy quote from some random famous person today. One of my favorite aspects of Second Life is the endless array of beaches and I have far too many swimsuits. So, its about high time I started showing them off. I swore I wasn’t going to buy anymore, but after I got into Uber….well…never say never, but I sure hope you all are ready to see more bikinis, because I have tons and I’m about to show them off! Its a great excuse to explore some of the great beaches in Second Life, so if you know of a good one…let me know!

pose: GingerFish Poses Get What I Want #3 mirror

Although Summer has not officially started, the weather where I live is nice and the pool is open. The beaches are filling up. Its beautiful outside almost every single day. I personally have been dealt with more than my fair share of metaphorically dark clouds and I’ve made the decision to embrace those blue skies and focus on my blessings rather that all the things I could easily consider curses.

For example, I recently found out that someone very close to me fed me a ton of lies, but upon revealing the truths I was reunited with some very dear and wonderful friends from my past. So, I might have lost one friend, but I gained three in return. If that’s not a blessing, I don’t know what is….so bring on the blue skies, cuz that’s all I want to see! *lifts a margarita* Here’s to blue skies for us all! ❤

Anyone that knows me even a little bit knows that I love shiny things and as of late, I’ve taken a liking to sparkly things, too. I especially like my glitter gel pens when coloring in my adult coloring books. Don’t judge me! So, bring on the shiny objects and sparkly pens! I’m ready!

“Yes: I am a dreamer. For a dreamer is one who can only find his way by moonlight, and his punishment is that he sees the dawn before the rest of the world.”
― Oscar Wilde, The Critic as Artist

I am determined to be cheerful and happy in whatever situation I may find myself. For I have learned that the greater part of our misery or unhappiness is determined not by our circumstance but by our disposition. Martha Washington

It’s not always easy to remain positive in the face of adversity, but I believe there’s a choice and we simply have to find the strength to make a conscious decision to change our outlook on what’s going on around us. You can find the silver lining just as easily as you can find the shadow, but in order to find that silver lining you’ve got to lift your head and look up to the sky rather than look to the ground.

Here’s to having a sunny disposition…even if you’re looking at the floor. *winks*

The Edge… there is no honest way to explain it because the only people who really know where it is are the ones who have gone over. Hunter S. Thompson

“Somewhere along the way, we’re all running in the crazy race,
Never thinking about the hearts we break,
And as our hope starts fading away things are never gonna be the same” ~Jessica Mauboy’s Never Be The Same

Sometimes I get so lost in the whirlwind of my emotions that music is the only thing that helps me make sense of it all. Sometimes music just lets me ride the feelings out. Today is one of those days and so I’m keeping it simple.

The little black dress expresses a moment of freedom and individuality every time. Andre Leon Talley

Luck is a very thin wire between survival and disaster, and not many people can keep their balance on it. Hunter S. Thompson

Playing gachas is all about luck isn’t it? Or for some its a flat out addiction. *hangs her head in shame* I can easily get carried away with my eye on that ultra rare prize. However, when I don’t get it and all my lindens are spent? I’m left beating myself up quite a bit as there are so many other delightful events calling to my lindens and being the shopaholic that I am…yes, I am going to answer that call. As I attempt to keep my balance between gachas and events, I can at least show off some of the pretties that have found a home in my inventory.

We’re all seeing a lot of pictures of avatars wearing wings, as they seem to be very popular in gacha machines and in Second Life in general. I can’t help but giggle a bit at the mention of angels in SL, because my close friends and I are always joking about how angelic we are….we’re sooo NOT, well, not really. However, on that note, I will put it on official blogging record that my closest friends are indeed the angels I turn to when I feel broken and battered by life. These same amazing friends are also the ones I run to with my good news and celebrations. I find happiness in their joy and I find pride in their successes. I believe they feel the same way. I am so very fortunate to have such an amazing network of friends. They know who they are and I just want them to know they’re worth more than their weight in gold to me. I shall treasure each of you eternally.

I bet that if you look around, you’re surrounded by a few angels yourself. I sure hope you all are, because there’s no greater feeling than knowing you’ve got amazing people in your corner. ❤ 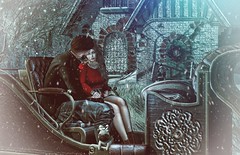 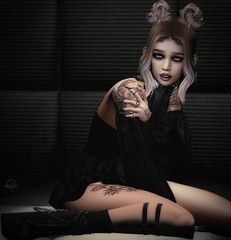 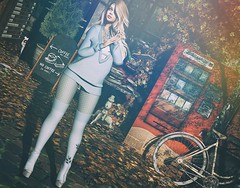 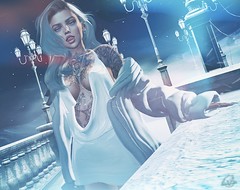 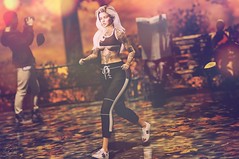 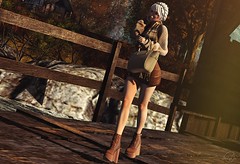 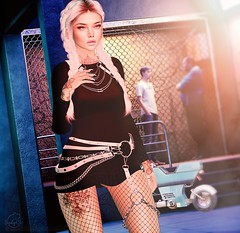 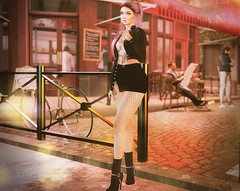